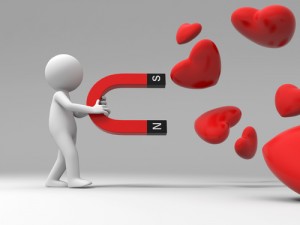 One of the major benefits to Twitter is it’s tide -like ability to sweep up a link of yours, grab it in its tremendous current, and sweep it out into an ocean of link love.

Twitter can do for you what no other tool can do quite as well.

So harness its built in sense of immediacy and frankly – “gossip” like qualities and leverage them to your businesses’ advantage. Tweet something once, in just the right way, and you could find yourself with hundreds of retweets. All driving more and more traffic to your blog or your website.

But not just anything gets RT’d (retweeted). I mean, you might stumble and spontaneously tweet about the next Obama Girl or keyboard cat, but it’s more likely that any viral tweet you publish is the result of some clear, calculated planning. An exceptionally popular tweet or link is very rarely an accident.

Let’s talk about how you can increase your RT-ability…

If you want your followers to share your posts – take Bonnie Raitt’s advice. Give them something to talk about. Links and tweets that are most likely to go viral include:

Basically – anything your followers would want to talk about and value to THEIR followers.

Studies have shown that tweets in which folks ask their followers to retweet have a much larger chance of being reposted. In fact, you should ask for explicit help in “getting the word out” PLUS use the word “please” when you do so. This combination will really, really increase your chances that your followers actually do as you ask. In other words, don’t be afraid to outright request that repost.Â  Just be polite about it. And donâ€™t do it too often â€“ frequent asks to retweet look like begging and are NOT recommended.

Reposting has its prime time – and that’s basically the early part of a standard work week. If you want something to get reposted and go viral, try not to post it on the weekend when your followers are more likely to be away from the computer.Â  Instead, hit them when they’re procrastinating at their desks. Monday through Wednesday, 9am to 5pm. Â And donâ€™t forget Friday night. That works too!

What’s the most memorable, viral tweet you can remember? Have you ever had a wildly reposted tweet?

13 Ways To Rock Your Webinars and Hangouts