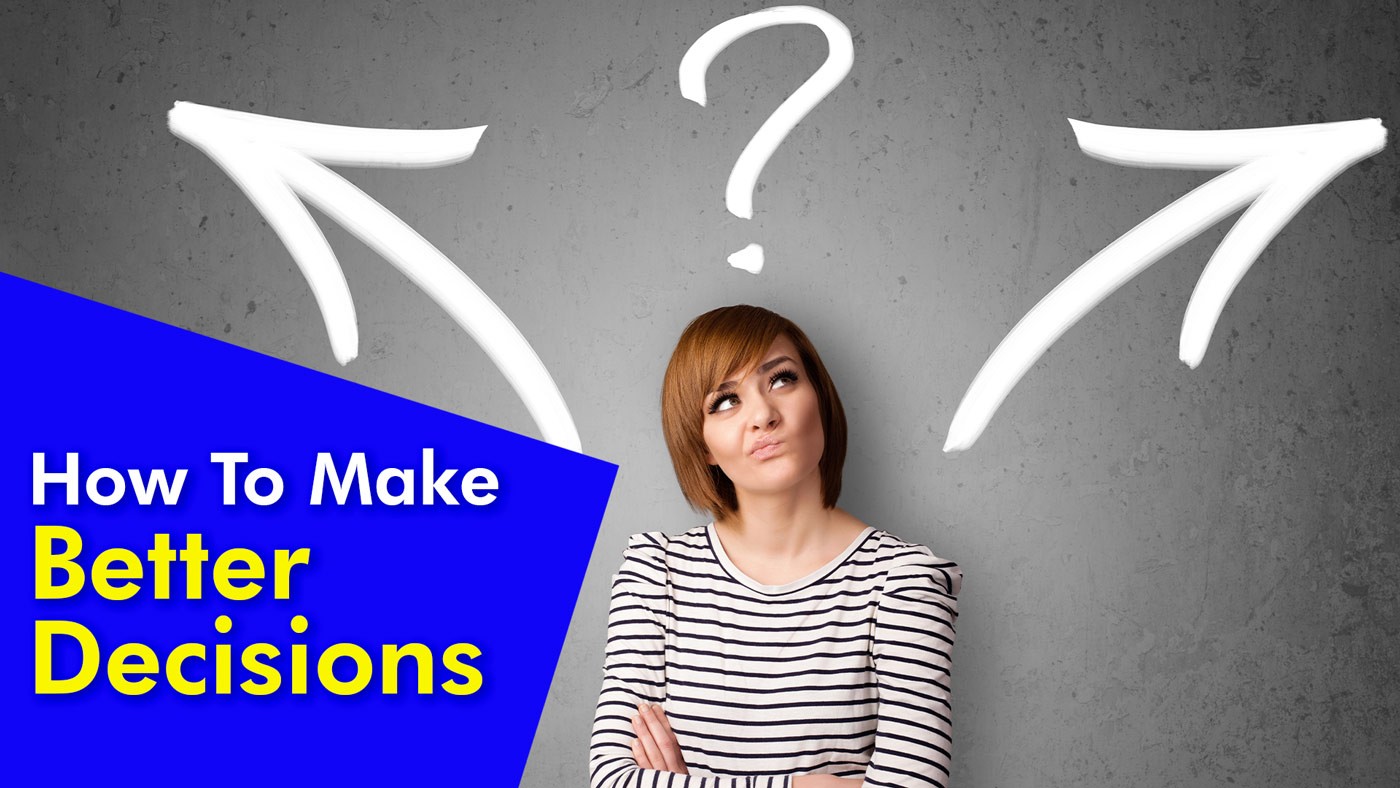 One thing I’ve discovered is that people who accomplish amazing things in life tend to make decisions differently than normal people.

One of those differences starts whenever a new idea comes their way, whether that idea is their own or someone else’s.

I recently read an interesting article called A Public University Bachelor's Degree For $9,000? They're Not Kidding.

It struck my interest because most college degrees cost way more than $9,000.

Table of Contents
Successful People In Action
Your Initial Reaction Is Key
How Can We Do This?
How Can I Afford This?
What If I Could Make This Happen?
Finally, A Bonus Marketing Tip

Here an excerpt from that article:

Late last summer, a couple of weeks before fall semester was to begin, Jon Anderson, the newly hired provost at Southern Utah University, walked into the office of school President Scott Wyatt with an idea.

He said he thought SUU should start offering a bachelor’s degree for $9,000.

That’s a four-year degree for the equivalent of a used Subaru. Nine grand is what one month of undergrad costs at Harvard.

It’s just a third of what an on-campus SUU student who completes their degree in four years would pay.

I want you to put yourself in the position of this school President.

Your provost has just walked in and he says, “I want us to cut our price by two thirds to get a bachelor's degree.”

What are the first words out of your mouth?

Back to the article.

Wyatt did not look at Anderson as if his second-in-command had lost his mind. He didn’t lecture him about the bottom line.

Instead he said: “Sounds great. When do we start?”

Just like that, Southern Utah added to its curriculum what is believed to be the least expensive bachelor’s degree of any public institution of higher learning in America.

The article then goes on to describe the things they had to do and the changes they had to implement to make this happen. How they did it is fascinating, but let’s not miss the key point here. Let’s go back to this statement in the article:

Wyatt did not look at Anderson as if his second-in-command had lost his mind. He didn’t lecture him about the bottom line.

Instead he said: “Sounds great. When do we start?”

That statement is a great example of one of the differences between normal people and people who make things happen.

Your Initial Reaction Is Key

Let's look at the differences between what two different types of people say/think when they encounter with a new idea:

A normal person, when presented with something that's not possible given current circumstances, says something like

How Can We Do This?

This “how can we do this” is an incredibly powerful question. I’m far from perfect, but I strive to make this the default question that comes out of my mouth when ideas come my way.

But this question doesn’t have to just apply to ideas. I literally ask this all the time in other situations.

Like when I have to call up my internet provider to report that my Internet is slow. Once they had the audacity to offer me an appointment in six days. My reply: “how can we make this happen faster?”

Unfortunately, the person on the other end is bound by rules. So, when I ask that question, most of the time their answer is “we can't.”

So I say, “let me ask that question again. How can we make this happen?” After 3 or 4 times through that question, sometimes new opportunities reveal themselves. In this case I was able to pay a fee to get somebody to come over to fix my internet now, as opposed to six days from now.

Or, sometimes they can come by and put in a temporary fix right now before they fix everything later on.

I remember a time when I was working for a big corporation. A competitor had just made a huge change that was costing us about a million dollars in lost sales every week. There were some in our management who saw the situation as unwinnable and wanted to throw in the towel and remove our product from the market.

My team worked like heroes and had developed two possible solutions. We needed to figure out which was better and needed a market research test to guide the decision.

The problem is that studies like these traditionally take time, most of which is spent waiting in line behind all the other big companies who have also got their tests in the field, because there are a limited number of trustworthy market research providers out there.

My market researcher told me it couldn’t be done and refused to even ask. Wrong answer.

So, I picked up the phone and started calling research companies. Each time, after hearing it was impossible to run this test in the next 10 days, I asked the question “how can we make this happen.”

(It’s interesting how often things are impossible simply because someone thoughts are so boxed in that they haven’t yet thought about the answers to the question “how could I make this possible?”)

Long story short, we were able to cut 2 months out of the timetable for by paying about an extra $30,000 (yes, that’s lots of money, but nothing in comparison to the $8 million we probably would have lost during that time.) We got our answer, stopped the losses, and put a change into the market that saved the brand.

Here’s another example that might be more directly applicable to your daily life.

Let's say there's a course you really, really want to take. But you look at your life and you say, there's no way that I have the time right now to do this.

How about instead of believing it's not possible. You ask yourself “how could I make this happen? What would make this possible?”

Perhaps you've got to go to bed an hour later and get up an hour earlier so that you can make this possible. Or put yourself on a social media fast until it’s done. You could cut out your other leisure time activities for a couple of months. Or maybe you hire someone to be the taxi service for your kids’ school, games and lessons to give you an hour a day. Or, you still drive them, but spend the time you’re waiting for them to finish focusing on that course instead of Instagramming and watching YouTube on your phone.

I admit that it’s true: given your current life structure, it may not be possible. But that doesn't mean it's not possible to make it happen by changing the way your life is currently structured.

That's a key distinction. Oftentimes the way things get done is not to work within the current system. It's to go around or develop a new system, which suddenly makes things possible.

NASA spent billions of dollars building fresh rockets for each launch. That was just the way things were done. And America was slowly exiting the business of sending humans into space.

Then along came Musk and Beezos, who refused to accept that the way things have always been done as the only way things can be done, created reusable rocket parts and have literally changed the world.

A normal person, when presented with something that's expensive, says something like

“I can't afford this”

“How can I afford this?”

How Can I Afford This?

What did he do? He didn’t give up on his future. Instead, he borrowed the first month’s payment, then mowed lawns every Saturday for three months, which enabled him to bring in enough money to be able to pay the payment plan.

Yes, it was time consuming. Yes, he was a bit embarrassed to have to be out schlepping his services in the neighborhood. Yes, he would have rather used his Saturdays for his entire summer doing something more enjoyable.

And by the way, do you think that guy actually did the things that we taught him in that $2,000 program. Oh yeah. He definitely completed that program.

And not only did he complete that program, the product that he created from that program made him tens of thousands of dollars and will continue to do so ever time he relaunches it for years to come.

True. It's not possible, given where things are right now, but what could you change to make that happen?

A normal person, when presented with something that's difficult, says something like

“This can't be done”

“What if I could make this happen?”

What If I Could Make This Happen?

When you do that you start thinking about your big why, the reason you’re actually doing all of this...

When you think about your big why, it’s considerably easier to figure out how to change your current reality to make it possible. Now your why is bigger than the what and all of a sudden amazing things start to happen.

So now there’s a public university offering a bachelor's degree for $9,000. Why? Because when the President was presented with the idea, he didn't say that's not possible. He said, "great. When can we start?"

It's the cheapest degree from a public university in the United States. And, they just graduated 111 people with that degree.

Oh. And by the way, I have to share this. How did Southern Utah University do this?

The first thing that they did was to send letters and emails out to all the people who had gone to their University in the past 10 years but who had dropped out and not finished their degree.

Those letters basically said “here's this opportunity to complete your degree for just $9,000.”

It worked. 69 of those 111 graduates came from that group of people. They were not able to complete their degree before, but they’ve done it now. And the vision of SUU’s provost and president will change some of their lives.

Do you have an audience who hasn't completed a dream yet who might be open to working with you again to achieve that dream?

All kinds of things start to happen when you start asking the question, “how can we make this happen?”

Normal people say it's not possible. People who accomplish things ask “what would make it possible.”

Obviously, I'm trying to encourage you (and me) to react to new ideas this way more often.

Do you think, instead of closing those new ideas down, you could start opening them up?

Yes, not all new ideas are good ones. Most shouldn’t be pursued. But some of them, the impossible ones? They could change the world!

Do you think your life could be different if, instead of limiting your possibilities, you expanded them?