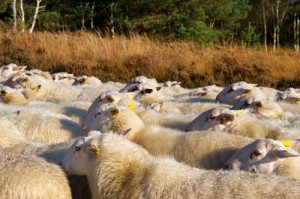 We see evidence of the “herd mentality” over and over again in social media.

But it is actually a psychological (and marketing) concept that has been around for a long time. Let me give you an example of a powerful instance of the herd mentality.

Quick – think of the last time you wanted to buy a book for pleasure reading. Where did you turn for suggestions? I’m going to bet – were I a betting man – that you asked your friends for recommendations. Or maybe you have even looked up the NY Times Bestseller list.

This is why Twitterers with loads of followers, and Facebookers with legions of friends, tend to pique our interest.

But what about the other side of the coin? What does the amount of people YOU follow say to others?

Depends who you ask.

Many of the early social media gurus advise you follow everyone, so that they follow you back. They said you should get as many ears as you possibly can, so you can blast your message to the widest audience possible.

But these days, the noise to signal ratio of the Twitter-verse is so far out of whack that it’s hard to follow that advice any more.

What’s the point of having thousands of followers if you never are able to listen to them?

If you’re not able to hear them, how can you expect them to hear you?

Is there a magic formula? No. There is only personal preference. I myself follow lots of people on Twitter BUT I also manage my own Twitterstream. (There are many free tools out there that let you laser-focus on the folks you really want to hear from.)

One thing I advise against, because it’s just bad form. Don’t artificially “pump and dump.” In other words, don’t follow thousands of folks only to unfollow them, just so you look popular. Itâ€™s unfair and itâ€™s misleading.