I had the wonderful opportunity of spending Halloween this year with my oldest daughter, who taught me a great lesson about overdelivering.

Growing up, my daughter never experienced much familial enthusiasm for Halloween. Oh, we did the obligatory costume and candy thing, but rarely put much effort into the process. It was pretty much “throw something together from the costume box in the basement the night before.”

Apparently this area is one of the parental wrongs that my daughter has decided to right for her own children (the process of which I totally approve – every generation owes it to their posterity to do a better job of child rearing than their parents did for them.)

She decided to do the work necessary (think creativity and sewing) to create costumes for the each of the Cat In The Hat characters for the family. My amazing grandson became the Cat In The Hat, complete with 12″ tall hat and huge red bow tie. 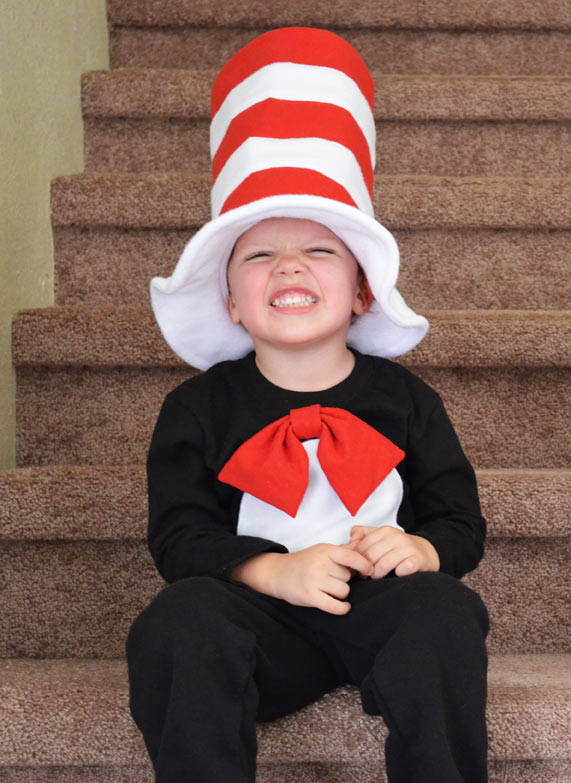 My incredible granddaughter became the goldfish in the bowl (the one that keeps reminding the kids that they ought to not listen to the cat.) 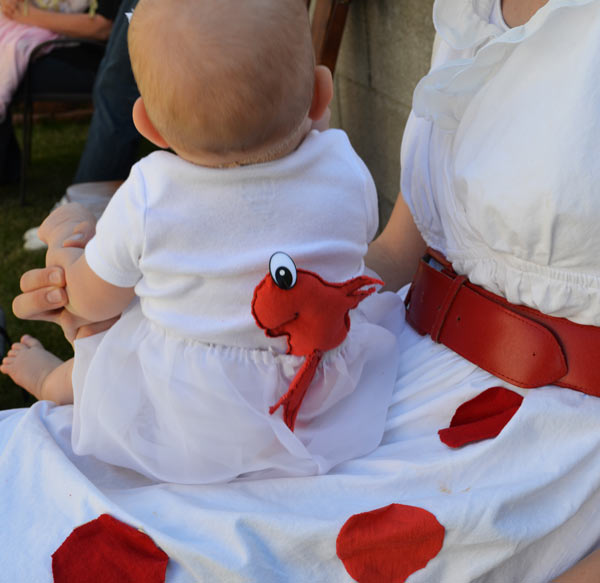 My astounding daughter became “mother’s gown,” complete with ruffles and spots, and her astonishing husband and I became Things 1 and 2. 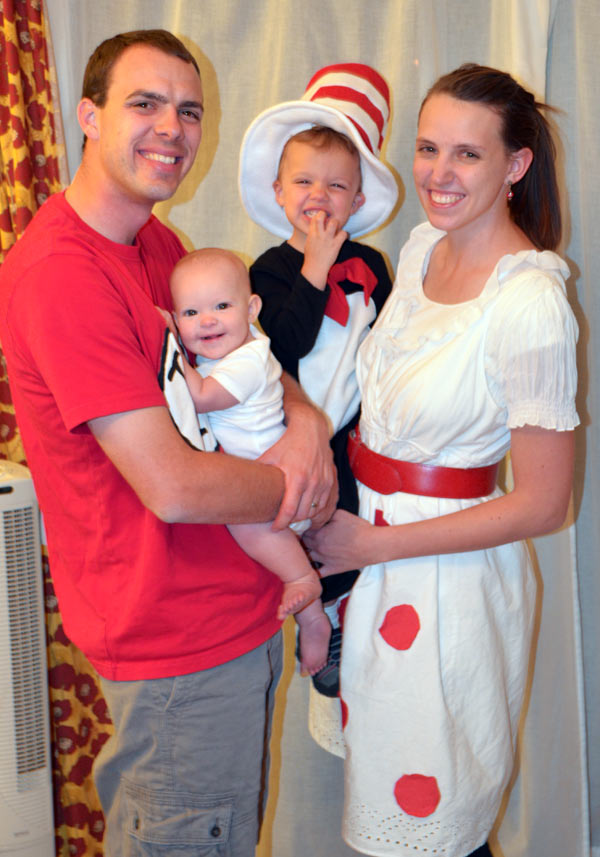 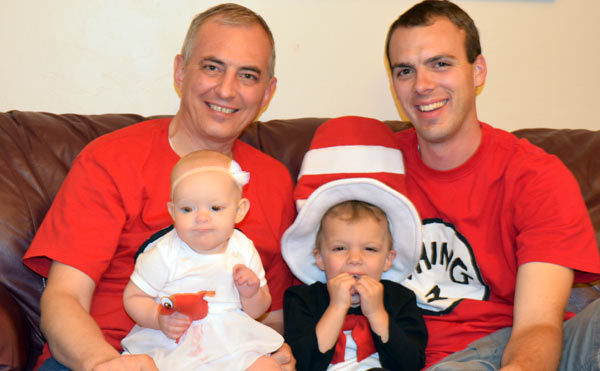 (I thought it especially fitting that I got cast as the creature that messed up the house, rather than the one who cleaned it!) She’s a great mom and did a great job, and the costuming worked perfectly.

I thought it was great fun, until we arrived at the neighborhood pre-trick-or-treating potluck (also a good idea, by the way!) There the attendees gushed at how cute and coordinated all of our family’s costuming was. Suddenly, I realized that, in the midst of a number of costumes that clearly took more work to assemble than ours, the fact that we were both different and themed stood out, attracted attention and adulation.

Another example: shortly after dark I glanced up to see a group of glowing Tron characters riding into the party on their bicycles. This large family was all dressed in black, with glow sticks strategically glued to their closthing to imitate the costumes from the Tron movies, including adding glow sticks to their bikes. They were a great hit, another highlight of the evening.

In the end, most people won’t remember what costumes anybody but themselves wore that night, but they will remember that my talented daughter’s and the Tron family stood out for both uniqueness and originality. That memory will combine with other experiences to position these two families in the neighborhood’s minds, providing a filter for future encounters that will affect interactions for months and years to come.

And here’s the key. It probably didn’t take any more time for either of these families to create those costumes versus the families that painstakingly created a princess outfit for the daughter, a goblin for the son, a pumpkin for mom and Frankenstein for dad. But, a small amount of extra planning and creativity took things another step, and positioned these families positively.

The business implications of this are obvious. We can be the same as everyone else, or can spend just a bit longer in strategy and creativity to go a step further in our websites, our products, our customer service, our live events, our corporate image, etc.

And like the costumes, doing so often doesn’t cost much more in terms of resources, but the net effect and the positive positioning that comes from it are immense.

Where can you overdeliver? Where can you differentiate yourself from your competition? Where could you change a few simple things to stand out, creating a positive filter through which your company will be viewed for months and years to come?