How To Use Google Hangout Broadcasts To Build Your Business

Are you aware that anyone (you!) can now broadcast live to YouTube through Google Hangouts?

Think about the impact of that.

You can now use the technology of Google Hangouts to record live action video, from several different locations if you wish, combine it all into a single broadcast, and have it stream to an audience of ANY size live on YouTube!

This is a game-changer! Because it’s much more than it appears on the surface.

It ties in with Google+ not only to publicize your hangout, but to affect your search engine rankings too.

And, as I said, it’s live streamed to YouTube, plus, within minutes of the conclusion of your broadcast, a recording is placed onto YouTube for all the world to see.

Think about the possibilities – you could:

The possibilities are endless (share your ideas in the comments below)

All with your existing computer, webcam, and Internet hookup!

TIP: we got brainstorming and pushing each other during the last 40 minutes, and gave some golden ideas…

In other words – watch all the way to the end! 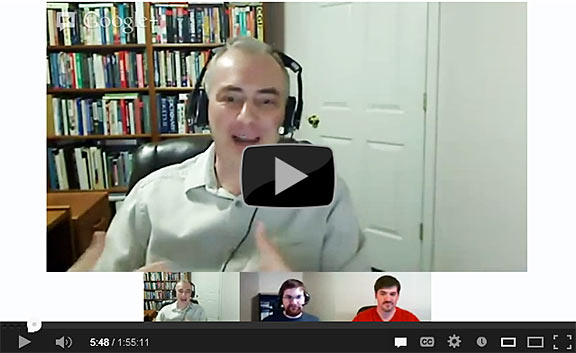