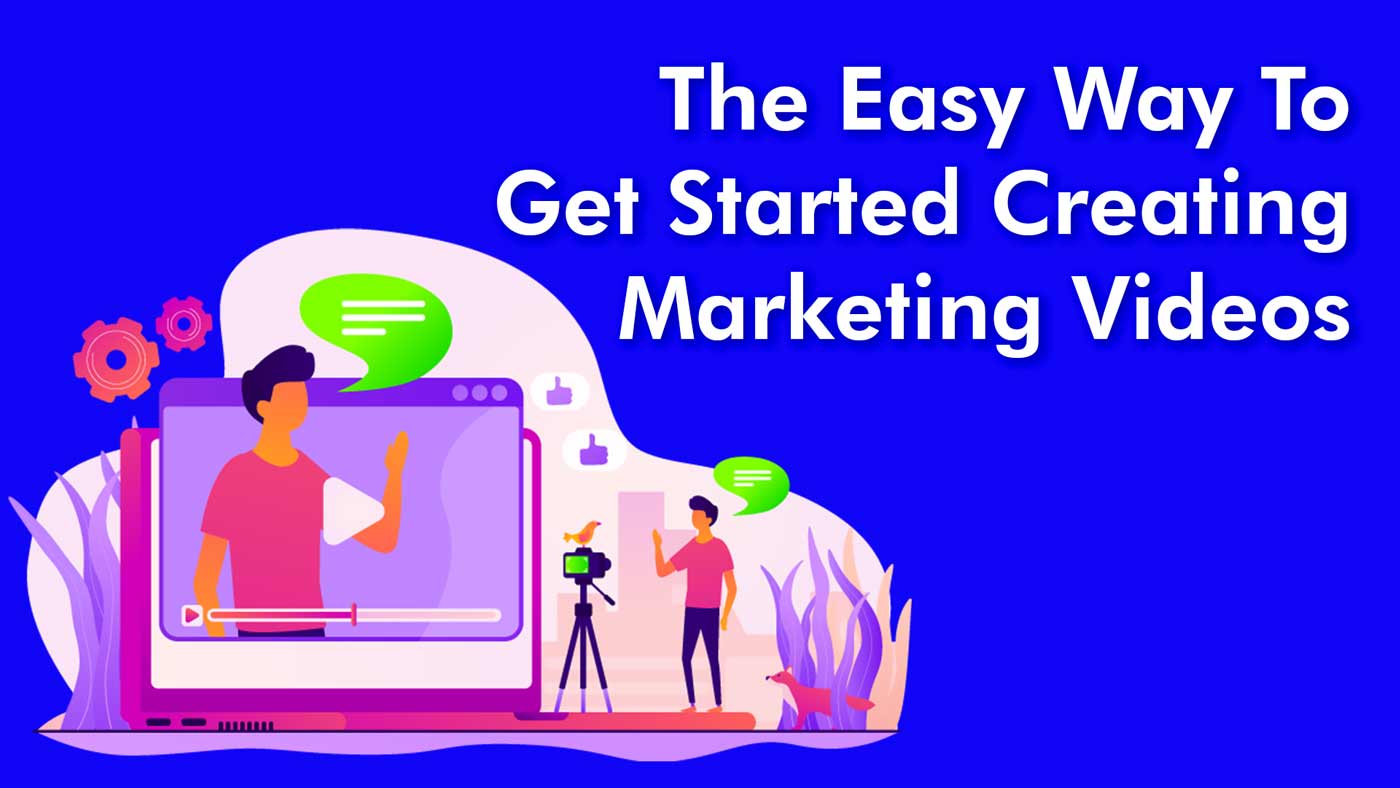 Are you afraid of being on video?

They're got all kinds of reasons for why they don't want to or can’t do video.

Bluntly, those are all excuses.

And excuses won’t pay your bills.

Because, like it or not, marketing videos are an important part of content marketing, and can have a huge effect on our traffic, sales and bottom line.

In this article I’m going to share with you a simple way to get started creating marketing videos.

But before I do that, I'm going to tell you the only way I know of to actually get good at creating video.

Here it is – it’s to actually start creating video.

It's to take out your phone, point it at yourself, press record, and start talking.

There are several things you should realize as you think about creating video: 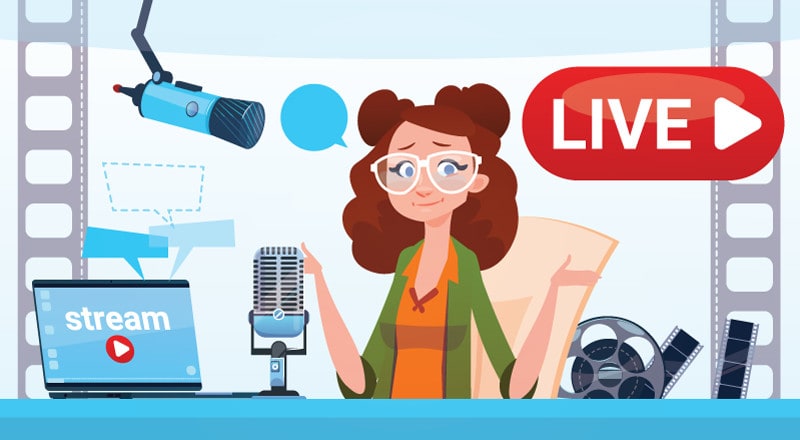 Otherwise there's no way I'd be on video.

There are millions of non-fashion model-looking people who are incredibly successfully creating videos and building their business, using this powerful tool.

And, if you feel like you need to be perfectly dressed, have perfect hair and makeup to do video? You probably ought to get over that too.

Otherwise there's no way I'd be on video.

As much as you wish you had a radio DJ voice, you probably weren’t blessed with one.

Get over it. That’s how you really sound.

People only care about the content that you're giving them 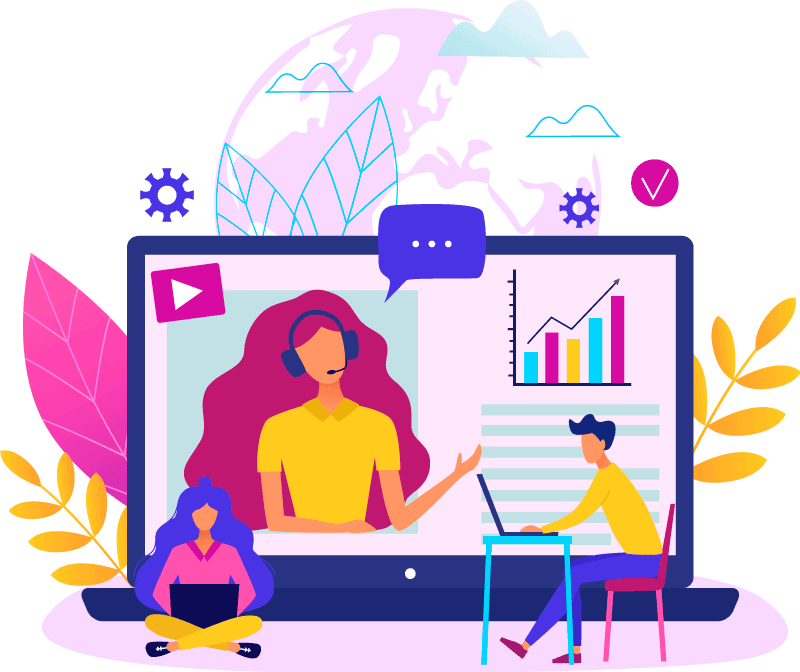 Unless you are in entertainment or fashion, they have other things they’re looking for. If you’re not in those markets, you should focus on your content. That’s what people want, that’s what will bring them back time after time, video after video.

You're going to be nervous when you start doing video

It's going to happen. It must happen. We all are at first - because it's unfamiliar.

Just like you were nervous the first time that someone kicked a ball your direction and you were expected to kick it back to them or shot a basketball, showed your pet kitten in show and tell in first grade, sang in your grade school production, or whatever it was.

Never forget - everyone is a beginner at the beginning. You have to push past that.

That’s part of adulting. We all have to do things we’re scared of if we want to achieve the success that those who aren’t willing to do those scary things will never enjoy.

Now, I'm going to give you a little secret that'll help you get good at video probably faster than you ever would have otherwise. 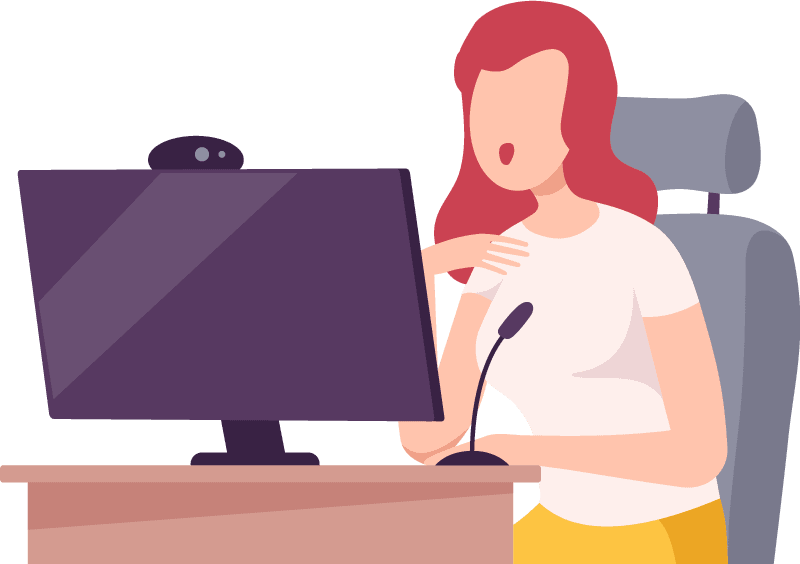 Why? Because people don't expect you to be as polished, perfectly made up, perfectly filmed, and perfectly lit.

People will take you as you are - if you're giving them great content.

If you’re giving them great content, they’ll watch, even if everything else is less than perfect.

Set up a live video sandbox

Go set up a Facebook page that has a ridiculous name that has nothing to do with you or the topic you talk about -  basically a name that no one would ever find.

Set it up and use that as what we call a sandbox to test your videos.

The first couple of times you go live on Facebook, you're going to be terrified.

You won't know how to turn it on, how to turn it off, how soon after you hit play it starts to broadcast (immediately,) and what happens if you don't get everything right.

By setting up a sandbox we eliminate much of that stress by eliminating the audience the first several times you go live on Facebook.

I suggest you go live several times on that channel until you actually get comfortable doing lives.

And then to continue to use it in the future – when you get a new microphone, new lighting, or want to just do a quick run through then listen and watch later on without the stress of an audience.

Then, once you’re truly comfortable with the mechanics of going live you’ll be much more ready to do so on your real Facebook group or page or profile in front of a real audience.

Now, I know you can do this same thing on your regular page, group or profile by selecting that only you will have visibility to the video. But I prefer a sandbox account because I can go back to it as needed over time, and I’m less likely to make mistakes with settings on my real account (I’ve done it, it’s not pretty.)

What about the equipment? 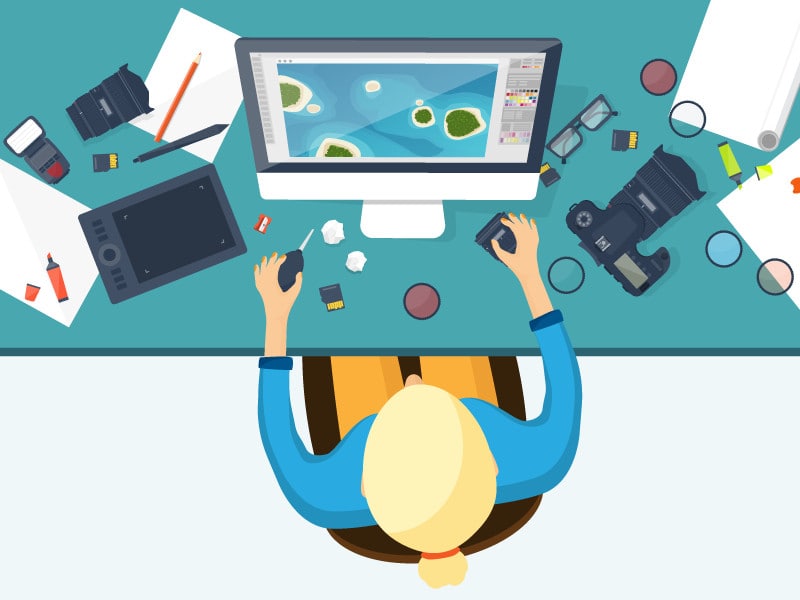 Another advantage of Facebook Lives is that they’re specifically designed to be run from your phone with no other equipment involved.

In other words, you don’t need to buy anything else.

At first. But eventually, you’ll want to upgrade.

Your first purchase: a good microphone

Therefore, I suggest that the first place you invest is in your sound.

If you’re broadcasting from your phone, and want to get started inexpensively, get a cheap corded microphone (and the attachment to plug it into your phone.) You do this because, by placing the mic close to your mouth, it is less likely to pick up all the sound in the rest of the room (like a phone does.) It's focusing on just picking up your voice, significantly improving your sound quality.

Next, buy a wireless lavalier Bluetooth mic that you can just pin on yourself. It hooks to your phone using Bluetooth. Be aware, though, that most of the wireless Bluetooth mics sold right now can’t be used for Lives because they require a separate app to work. Hopefully that will be resolved soon, but you should investigate that before you purchase.

If you’re broadcasting from your computer, you’ll probably want something like a USB microphone that will plug directly into your computer and some kind of stand to bring it close to your mouth.

You’ll probably be just fine just owning a microphone, and nothing else, for about 6 months of broadcasting.

Your next purchase – lighting

Next, start getting into lights. I've got two LED lights that will probably cost you about $175 for the combination of lights and stands.

I recommend you buy two of them, putting them at 45 degree angles from your face, and, if you wear glasses, at least a foot or two above your head. That helps remove much of the glare from showing up on your glasses.

Personally, I don’t like the flatness of ring lighting, and if you have glasses, I would strongly recommend you don’t use them, because it’s really tough to get rid of the glare from ring lighting.

What about your set? 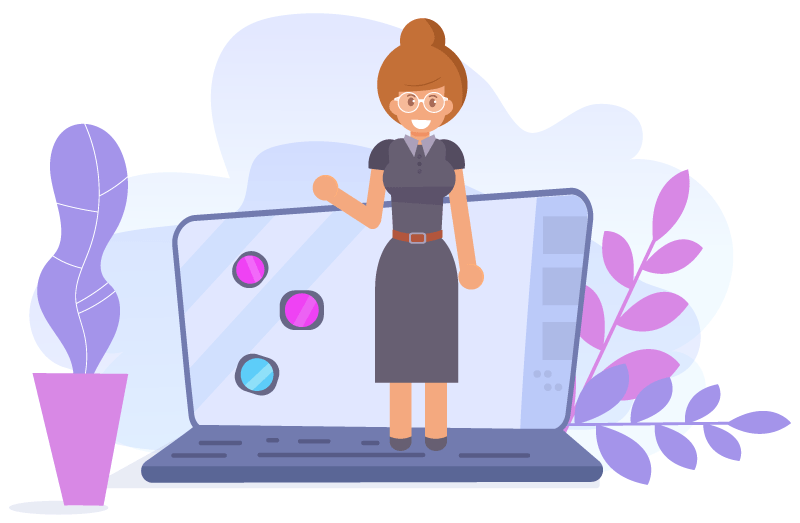 If you’ve watched my videos on Facebook or Youtube, you’ve certainly noticed that I don't have a beautiful set. Personally, I would love to have a gorgeous white fireplace back there with some orchids and some set dressings on it but that's not working out for me.

I just don't have a place in my home that works for a beautiful set, the way we use our home.

I made a decision that I would rather do video just about every day or at least regularly and not have to worry about having a beautiful set, than to spend three months coming up with the perfect set and have to remodel my house to get there.

I made the decision to let my content speak for me.

I decided to just film in my office. So, you get a bookcase, a plant (that I’m incredibly proud of the fact that I’ve been able to keep alive for more than a year,) and me.

And I hope that the content I give makes up for the lack of the beautiful fireplace back there.

I Realize That Some People Won’t Watch My Videos

Some people won’t watch my videos because I don’t have a beautiful background, 52 cuts, 10 hours of editing, multiple cameras, mood lighting, and a soundtrack in the background.

I’m fine with that. They’re not my people. And they probably wouldn’t be interested in my content even if it came with all that stuff.

Know your audience, know their needs, and give them what they need. If you’re trying to get millions of followers and make your living getting paid for ads that run on your content, you may want to start doing all that other stuff.

But if you make your living selling your expertise: your courses, consulting, coaching, speaking, or writing, you probably ought to ask yourself how much of that you really need to give the people who will pay for your expertise what they need.

What Will Get You Doing Video Fastest?

Think about it. What would enable you to go to video the fastest way. To get used to creating video, talking on camera, communicating and promoting your video.

Start focusing on that. Start making progress, creating videos, building an audience, building a reputation, and then go from there.

What will get you there the fastest? 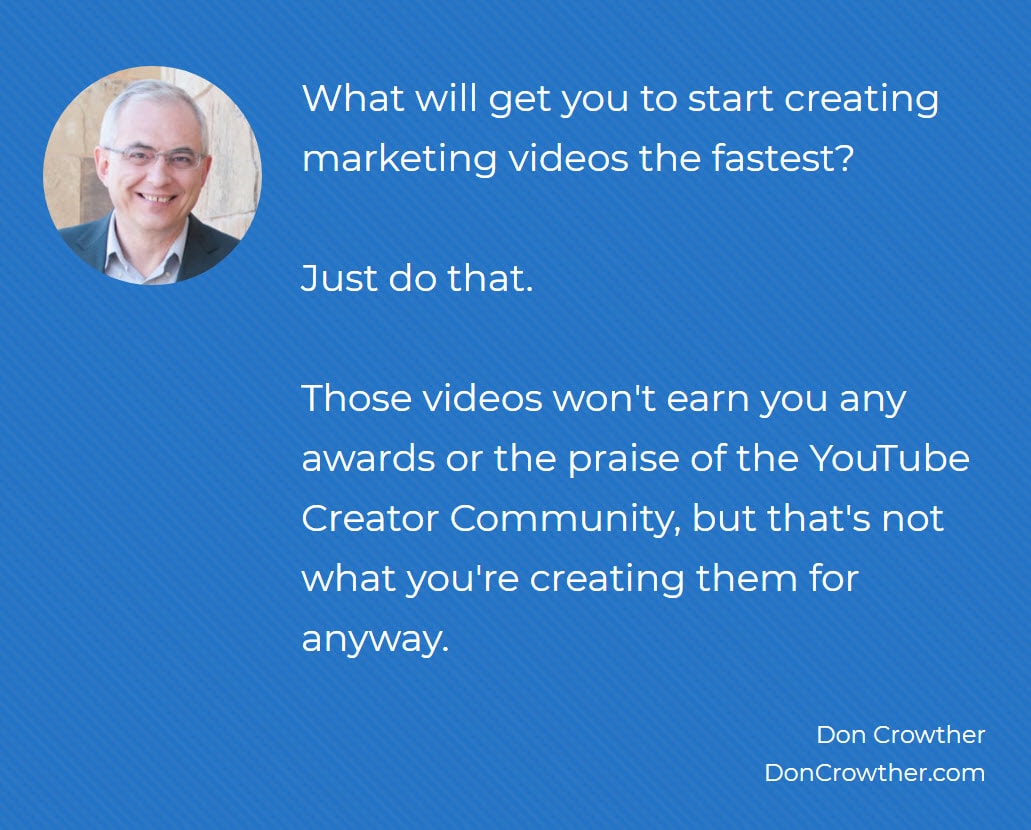 Which Social Media Sites Should YOU Be Using To Market Your Business?