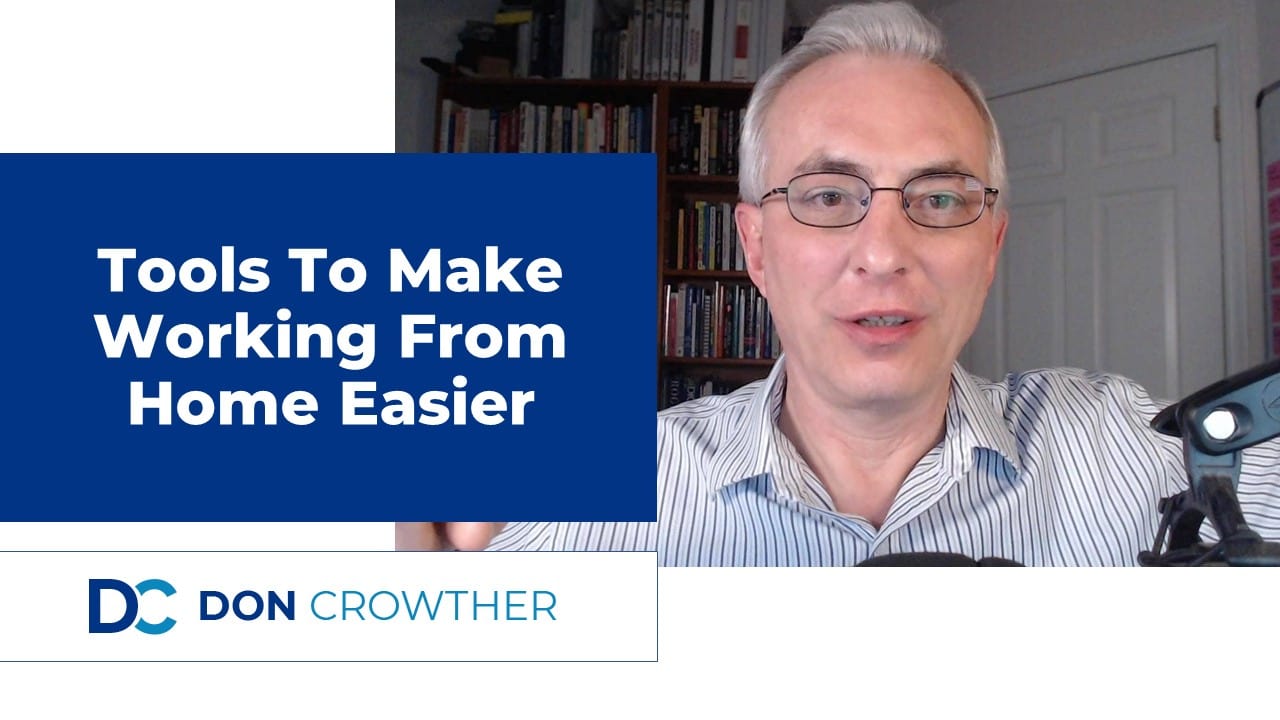 I constantly meet people who are struggling with things that they're trying to do online.

And when I look at their hardware setup it’s clear that things would be so much easier if they would just made a couple of little hardware changes.

So, let’s talk about a few of those and how they can make your work at home experience be so much easier, and more enjoyable.

And may I even say, fun? 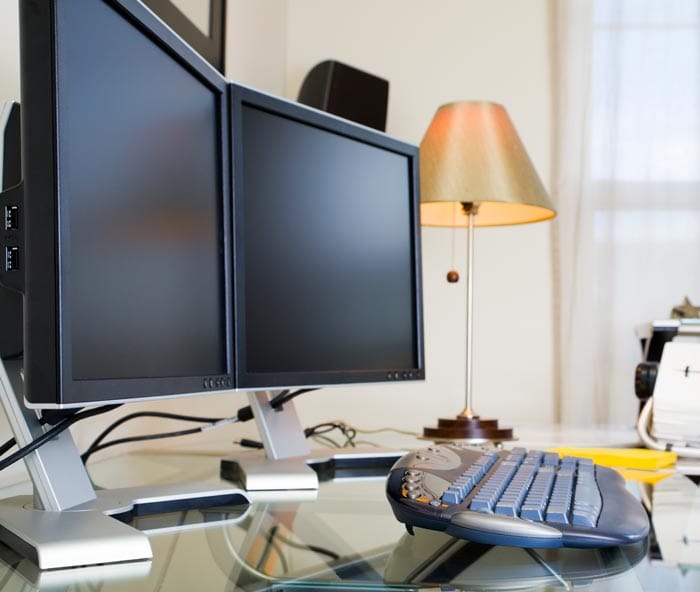 1. Get a second computer monitor

The most important tool I could recommend to anyone is to get a second monitor.

And not just online, almost everything you do on your computer will be much easier and faster.

Scientists have proven, there are actual studies that have been done on this, that owning a second monitor increases your productivity by 10%, if not more.

Right now, you can get them on Amazon for around $89 to $129 for la 21 incher, which is probably smaller than I would get, but all depends on how much desk room you've got and your budget. But realize that it only costs a few dollars more to get a much bigger one.

Don’t worry about all the fancy features. If you’re not a gamer, you probably will never notice the difference between a $150 monitor and one of the same size that goes for $300.

This is especially true if you work on a laptop.

“But Don,” I can hear you saying, “I work on a laptop so that I can go sit down in the living room or work in my bedroom or wherever, maybe wherever the kids aren't right now.”

At your main workplace, probably your desk, when you’re sitting there working with your laptop, you’ll plug in the second monitor.

Then when you decide you need to change of scenery, and decide to walk downstairs or to sit out on the back patio, you simply unplug your computer from that monitor and go work there without the second monitor. Your laptop will work exactly the way it always has, with the benefit of having the extra screen real estate when you’re using the second monitor.

What you're going to find very quickly is that it’s going to be hard for you to do certain tasks with only one monitor in the future.

Especially doing things like cutting and pasting from one document to another, writing while wanting to reference information on another screen, watching a webinar or video, running a webinar, those kinds of things.

If you work at your computer for more than a few hours a day, the more real estate you have on that main screen, the happier you will be.

I have a 32” monitor as my primary monitor. I’d like even bigger, but my desk setup won’t allow it. 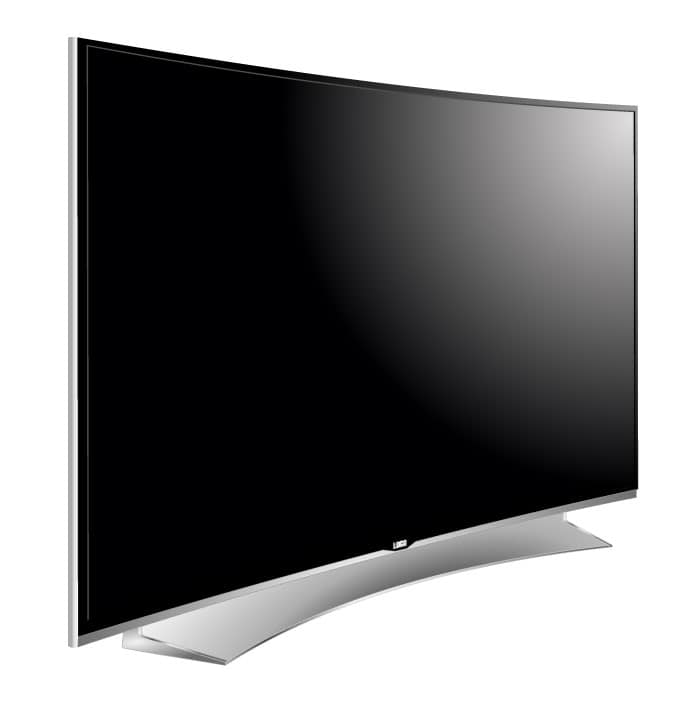 That monitor's curved by the way. Curved monitors are way cool especially when you get to the point where you're wearing bifocals because it brings more of your screen into the same focus plane, so you don’t have to shift your head to focus on different areas of your screen.

Here’s another hint if you wear bifocals (because I bet a few people reading may have crossed that magical age where you also get to wear bifocals): get a single vision set of glasses that is set up for the distance between you and your monitor.

These are glasses that are only designed for one distance, so you’ll need to have two pairs of glasses, one for computer work, the other for regular life. Think of them like reading glasses for working on your computer.

So, you’ve got about 1/16th of an inch you have to look through to make things be in focus. So, you have to constantly shift your head up and down and side to side to read everything on your screen. That’s for the birds.

The solution: just get a pair of glasses for around 40 bucks that are single vision that’s perfectly set up for the distance between your eyes and the computer.

I recommend that you go to your optometrist to get your prescription, but you don’t buy their way overpriced glasses. Instead buy them online. They’ll be about half the cost that you would normally pay.

You may want to ask your optometrist to give you a special prescription for computer glasses (make sure you measure the distance between your eyes and the computer screen before going to your eye doctor appointment) or there’s another option, when you buy online, to select the option to get another single-vision pair for computer use.

On the site I use, Zenni.com, you simply click a little box after you buy your main glasses. It'll automatically figure out what that prescription should be. It’s literally that easy.

You may want to add UV protection to them, and some people may even want to get them tinted to block the wrong kinds of light, you’ll have that option on the site.

All of that doesn't apply to everybody, but at some point, it will apply to you, I hope later rather than sooner.

One more monitor tip. If you regularly do real work on your laptop when you’re traveling, you can actually buy portable second monitors for your laptop that actually run with the USB connection.

For less than $150 you can get a second monitor that can travel with you.

Any time I know that I'm going to be doing real work or an online presentation while I'm traveling. I always make sure I’ve got mine in my backpack. 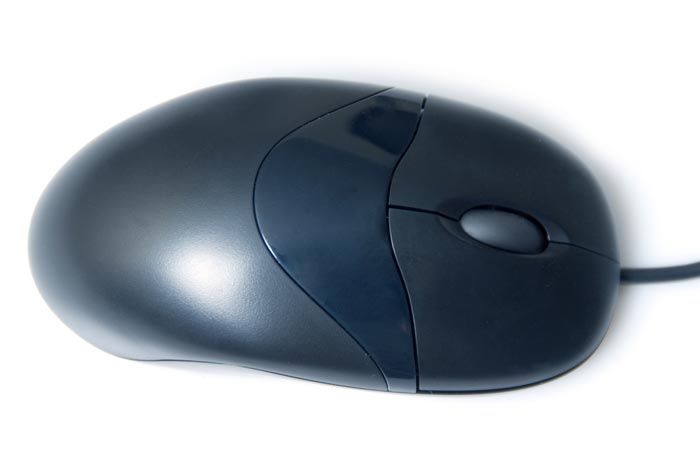 2. Use an old-fashioned mechanical mouse instead of your laptop's track pad

My kids laugh at me. They say, dad, you are old. Why? Because when I am sitting in their home using my laptop. I pull out an old-fashioned, corded click on the mouse mouse.

Why? Because it's just so much more efficient.

If I'm just typing in an email or typing a document or something like that, I use the trackpad on the laptop.

But when I want to do real work, I use a mouse. Real work like actively cutting and pasting, moving back and forth between two things, those are great cases for using a real mouse.

This is one example of when peer pressure works against you. I know, it’s not cool. But in certain tasks, I guarantee that I’ll beat even the most track-pad savvy millennial with my old-fashioned mouse.

And I probably won’t even rub it in afterwards… much.

By the way, I don’t like wireless, because they have a slight delay. Save the money and buy the cheap $6 one that that plugs in and you will find yourself being so much more productive using a real live plugin mouse. 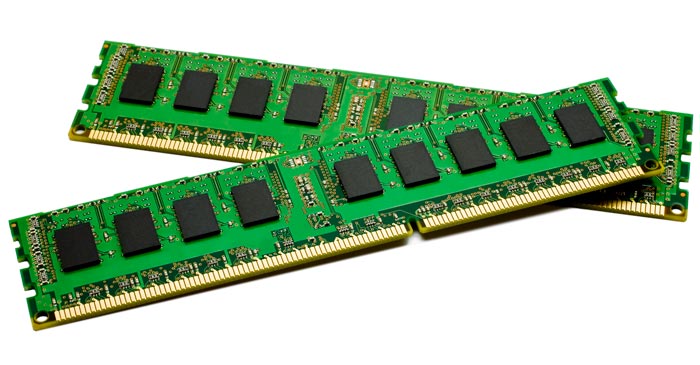 I see people's computers all the time that are moving at a snail's pace. Invariably, I find  they've got the absolute minimum amount of what's called “RAM memory” in them.  RAM is the part of your computer that does all the work and the thinking. That’s not the place you want to stint and try to save money – you want it thinking and working as fast as it possibly can.

Start by Googling [the model number of your computer] maximum memory. You’ll get the answer, though it may take some digging in the manufacturer’s spec sheets. But that’s good, because it will also tell you what kind of memory to buy.

But be careful. If your manufacturer’s spec sheet says it can handle 16 gigabyte, don't bother buying 32 gigs, because it's only going to 16.

And make sure you buy exactly the right one (again, your computer’s spec sheet is gold when it comes to buying additional memory.)

And the cool thing is that this is not something you need to hire someone to do for you (unless you own a Mac, then you probably should. Steve Jobs’s arrogance in this area is one of the reasons I run PC’s not Mac’s.)

When the envelope containing your memory arrives in the mail just do a search for “[your computer’s model] replace memory” on YouTube or Google.

All you have to do is to turn off your computer and unplug it, do a little screwdriver action to open the case, pop the old memory out, and replace it with the new memory sticks you just purchased.

Or, if you’re REALLY nervous, cart your computer down to Best Buy and have a Geek Squader do it for around $40.

When you turn it on afterwards it’s going to feel like you've got a totally new computer. You will instantly realize how bad it was and will be amazed at how much more responsive it now is. 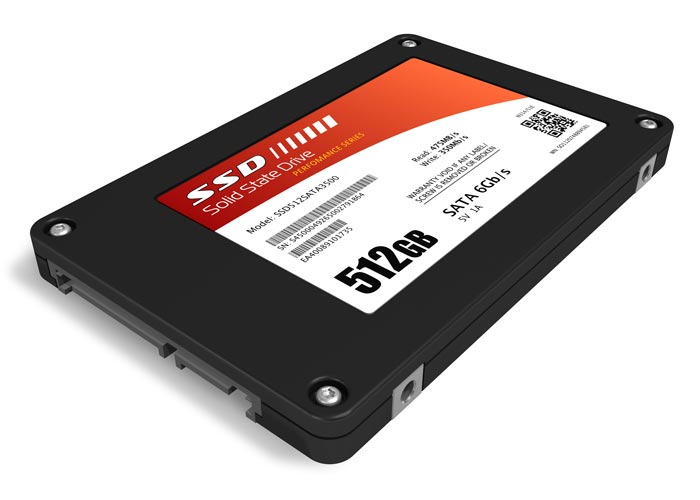 A normal hard drive has a disc inside that spins really fast, like an old record player, and a part that sits above the spinning disc that grabs the data off it.

The problem is that it’s based on a mechanical action. And that takes time.

An SSD (Solid State Drive) replaces everything with electronic chips. It has no moving parts, so your data's instantly accessible.

Once you install one, you’ll find that the boot process that right now is taking you two to five minutes to boot up will happen in 10 to 30 seconds. Every single program that you load will load much faster.

You're going to become quickly aware of how much time you're wasting, sitting, waiting for your computer, which is supposed to be something that increases your productivity.

I also recommend that you reload Windows and your other programs as you do this. That’s another thing that will speed up your computer.

This process is a bit more complicated. You can certainly do it yourself, but you may want to do the Geek Squad thing to install it for around $40.

Frankly, I don't recommend that most people buy a new computer. If your current computer is less than 3-4 years old, there really haven’t been all that many improvements that will make buying a new computer worthwhile. Instead, I’d start by maxing out your memory and getting an SSD drive. If afterwards, you don’t feel like the improvement was significant, wipe the SSD, and return them and get your shiny new computer.

And especially right now, when maybe sales are down and so money's tight, those two things will be the equivalent of getting you an almost a brand new computer because your computer will fly through actions that it is struggling through right now. 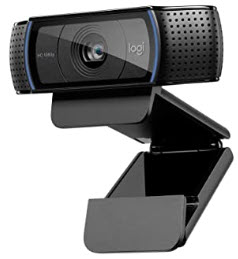 5. Get a good webcam

Many of you are using a laptop, which has a webcam built into it. That may be just fine. If it's doing just fine and you're happy with it, then great. Keep it.

But realize that there are other webcams that are considerably better than the webcam built into your computer.

My favorite is a Logitech c920.

It's generally not very expensive. During this pandemic, though, everyone’s trying to get one, so it’s more expensive than normal and there's a long wait to get them right now.

But it’s worth it.

One final tip, when it comes to buying computer hardware. Amazon may not be the right place to get it. They’re over-stressed shipping essential items, so you may have to wait days or even weeks to get your order. (Remember when that was normal, look how far we’ve come!)

Another possible solution is other stores like Best Buy. Many of them allow you to order online, and if they have them in the store, an hour later you’ll be able to simply drive up, tell them who you are, and they’ll hand you your order. And they have a price-match feature too!

Lots of tips here… they are some hardware changes to make your life better. I hope that they were helpful to you.

This is Don Crowther. Just go do this stuff

The Single Greatest Skill A Marketer Can Have

What’s Holding You Back?