The Next Big Thing Vs. Hype

(And How To Protect Yourself From Grandiose Wastes Of Time!)

Jason Fladlien here, and I want to share with you something that will tremendously benefit you both short-term and long-term.

In our pursuit to try to earn that life changing income through the internet, we’re always faced with a dilemma of what to focus on.

The challenge Google+ had, for example, was this – “Why do I want to manage yet another social media profile when I already have Facebook?”

When you follow marketers, you’re likely to find one each and every day to claim “______ is dead!” – and that some new thing is going to replace it.

Remember when email was dead? And seo? Article marketing? Google Adwords? Heck, even the web itself was deemed dead thanks to mobile… and ebooks were supposedly dead as disco because of kindle.

On the other hand…

I was lucky in the sense that years ago I was one of the first to adopt webinar technology. In those days, internet bandwidth alone made it a questionable media to play in. Besides, everyone was used to teleseminars, so why spoil a good thing?

The other side of the coin: I have a friend in the business who became so overly reliant on google Adsense… especially through a certain way of marketing it – that his business disappeared almost overnight as the “rules” drastically changed.

So it’s a very real challenge we face daily: How much time do we invest in tried and true platforms, medias, technology, etc. vs time we invest on what might be the next supposed game changer?

Let me give you some criteria to help you make these decisions. If you master this, you’ll automatically improve every facet of your online business because, quite simply, you’ll make better choices with your time and money.

#1 The Masses Are Always Wrong 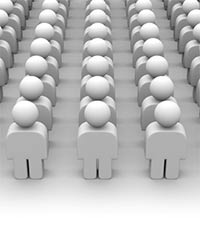 Remember when Facebook went public? I openly stated to anyone listening – short the stock! In other words, I wholly expected it to drop like a rock out of the gate. Of course, it did. How did I know? Well, when your common every day person is thinking about investing in it… there is something wrong!

If everyone is fawning over some new technique, method, strategy, media or whatever — then chances are it won’t live up to anywhere near its hype. Why? Well for no other reason that any early adopter advantage you enjoy on it will be short lived because everyone will be adopting it early!

I used to be able to get several thousand views from a single article to Ezine Articles when I published it… largely in part because hardly anyone was doing it!

The sweet spot is not just listening to someone telling you something… but observing what they themselves are actually doing.

If you notice there are a few key influencers in your market who are doing something new and keeping somewhat quiet about it – That is when bells should be going off! 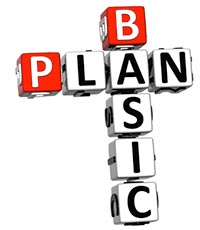 My litmus test for evaluating new opportunities with new technologies and media is this – can something that used to work like gangbusters elsewhere simply be transplanted to this new opportunity?

For example – years ago I had a conversation with a coaching client who was down to his last dollars online and had never made any money really despite working like a dog.

I told him that if he just listened to me and do as I said, I could guarantee him he’d make money within 30 days. Good money, too.

What did I tell him? You’ll laugh as it’s old hat now… I gave him a topic I knew was hot – and told him to approach big names in his niche with email lists… and ask them to be interviewed by him.

Then when these interviews were done, he would package it up in a product, sell it – and get the people he interviewed to promote it.

It worked and he made a mint – and that spring-boarded his career as he went on to do a mid 6 figures from that starting point (heck it might even be 7 now!)

Try that model today, and it will likely fail – or have mediocre results at best. Why? Because it’s been done to death. The average person worth interviewing now gets 20 requests a week it seems! Plus, people are copying people who copied other people with the model, so not only is it not “unique”, it’s watered down!

However, could you take that interview model and transplant that into a brand new emerging opportunity and run with it?

That’s an example of taking a specific strategy that worked great in one context and contemplating if it could work great in another, newer context?

If it shows a LOT of promise… then that’s a GREAT sign to go for it!

Ideally, I try to design strategies that even if they fail, they still succeed.

Example: If I create a product and sell it, and it doesn’t perform very well… can this product be used as a bonus to another product I already have? Or even as a bonus to a big product coming out soon that I have been thinking of promoting as an affiliate? Did I pick a topic where the content has a long “shelf life” so I could use parts or all of the product to build a list, improve my search rankings and/or social presence?

Every single thing I do online, and what I teach others to do usually is done so even if it doesn’t satisfy the main purpose, it still has value as a leveragable asset.

So when considering any opportunity check to make sure that it “degrades gracefully” – and if it doesn’t, that is concerning even if it achieves the main goal – because any success will be short lived.

The ideal choices we make then are to focus and use things that are being neglected by the masses, that can take “old hat, use to be hot” methods and easily transplant them to breathe new life into them and allows us to leverage the resources and time we put into it in multiple ways.

You do that and it’s only a matter of WHEN… you’ll achieve results that you yourself can’t believe are even possible!

Today’s post was brought to you by Internet Marketing Guru, Jason Fladlien.Jason started as a $12/hour house painter just 6 1/2 years ago. His Rapid Crush, Inc. (co-owned with Wilson Mattos) is on page to break 8 figures in the next 14 months! (And he’s only 29!)