Join us for our next amazing "Just Go Do This Stuff Weekend" - helping you take action to build your business! 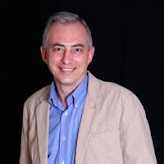 Join us June 7-10th and get stuff done to build your business!

Plus, when you set a goal and accomplish it, I'll link to you from my blog!

I know something about you...

There's something in your business that you're not getting done.
- Perhaps you're procrastinating it.
- Maybe you know it will take several hours of concentrated work, that you just
can't seem to be able to find.
- Perhaps you're avoiding doing it because you think it will be difficult.

Even though you know that getting it done could make a huge difference to your bottom line!

What do you say to getting it done!?!

Let's work together the weekend of June 7-10th to build our businesses!

But first, let me tell you about a quick survey that I did with attendees at our last "Just Go Do This Stuff Weekend."

Would you like to achieve the same thing for your business! In just one weekend!

Here's what you get -

Here's how you do it:

1. Set a goal of something you plan to accomplish by the end of the weekend (hey we even give you an extra bonus day to get finished - it closes Monday night at midnight!) and communicate it on our closed Facebook group.
Hopefully that goal's something major (that you can still achieve in the time you have available) that just you haven't yet gotten done.

2.  Go get it done, while encouraging others in the group to get their's done too!

3. Report back at the end and get praise, adulation and a link from my site!

Plus, I'll be conducting regular short webinars to get and keep you going and participating in the forums.

And, I'll be working right alongside you to build my business too!

And it works! Check out these testimonials from prior Just Go Do This Stuff Weekends!

Join now and revolutionize your business in just one weekend!

Here are just a few of the many testimonials we received
from past attendees:

Join us for the weekend. Set a goal, work to get it finished! If the product does not live up to any the claims stated here I don't want your money! Just let me know within 30 days and I'll give every penny back to you. No hassles and we can part as friends.
100% Money-Back Guaranteed.